From the History of Moldavian Food 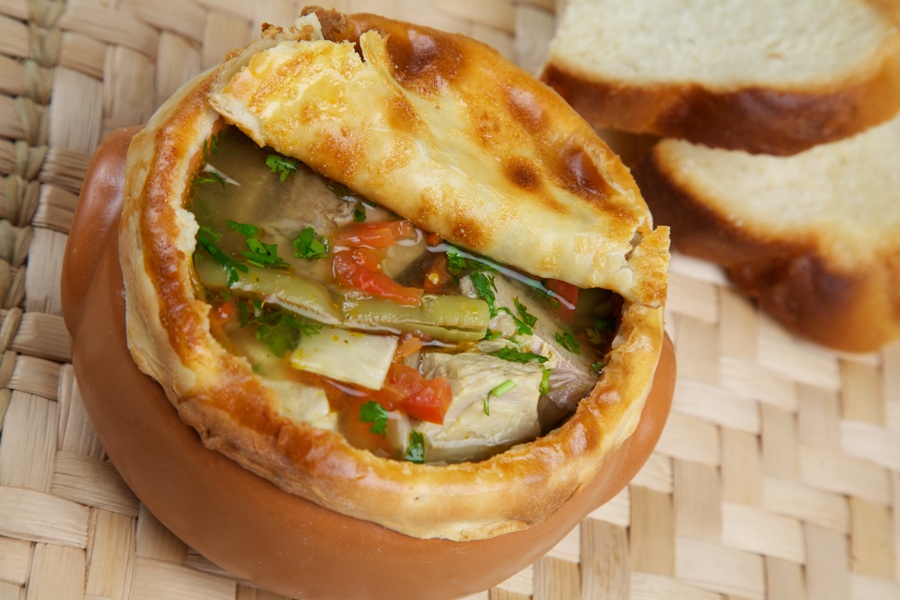 The traditional Moldavian food is the wealth of the nation, directly connected to the level of civilization and cultural heritage of contemporaries. Contemplations on the level of the population’s socio-economic development, economic character, cultural traditions, and established norms must be based on careful research.

Referring to the historical evolution of our nation’s cuisine, let’s note that its origins take beginning from the ancient times; also the fact that every era brings its own features (talking not just about the food products), each generation adds something new, and every family perceives traditions and innovations in its own way, should not be overlooked.

Food is like a thread that links the past and the present. Thereby we note that after going through the centuries old rules of cooking and consuming food have become the foundation of modern cooking.

The study of ancient authors and the results of archaeological researches have allowed us to learn about food and cooking recipes that came to us from the era of the Getae and Dacians.

The Geto-Dacians were sedentary tribes; for centuries they had eaten mostly plant foods and animal products: ground cooked grains, millet porridge with milk, boiled meat. Also Dacians ate wild edible plants, such as mushrooms, garlic, quinoa, sorrel and others. They fished as well. Some foods (onions, lentils, beans, olives) they bought from Greek merchants. The Dacian food was simple to cook; preference was given to the meat barbecued on the gratar – an evidence that has survived till our days. They cooked dairy dishes: various grades of sheep cheese (smoked, dried), sweet goat cheese, and lower quality cheese (Urda).

Our ancestors have exchanged food products with the inhabitants of neighboring countries, yet they did not use the eastern spices. The Dacians’ diet, at that point of time formed under the influence of Greek culinary traditions, was gradually supplemented with food products and methods of cooking meals that were to the Dacians’ liking.

During the Middle Ages important new elements entered the Moldavian national food at the landlords’, boyars’ and the landed knights feast. During this period, traditional food developed without foreign influence, which shows a continuous evolution of the national cuisine.

Traditions of the medieval Moldavian cuisine continued to develop in the following centuries. The usual ways of cooking food, which came from the Middle Ages (the preparation of bread, sheep's cheese, dried fruits, vegetables, beverages, wine and mead), serve as the evidence of this. Everyone who stopped by with a visit was treated with sweet goat cheese. This custom is preserved for centuries and is considered one of the best traditions of our ancestors’ hospitality passed on to us, the Moldavians. From the numerous stories of the XVII century’s foreign travelers, we learn about the luxury and splendor of the landlords’ hospitality.

Due to trade relations with the Ottoman Empire in the XVIII century, certain oriental influences in the food have been marked. Foreign landlords brought their cooks who prepared and promoted new dishes, and some of them penetrated the Moldavian cuisine (fruit with meat, moussaka, pilaf, etc.).

It should be mentioned that national Moldavian food from the very ancient times preserved the rich variety of dishes, continuing the natural process of historical evolution. Our cuisine features a variety of dishes, the creativity, the minimum of seasonings, and reflects the age-old traditions and the mentality of the nation.